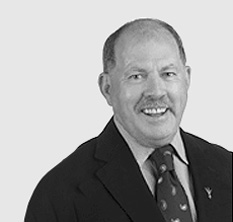 Raised in Brisbane where he was educated at The Marist Brothers’ College, Terry began an arts law degree at Queensland University before choosing a career as a professional musician instead.

This took him around the world as a songwriter and performer, a crew member of the marine research vessel M.V. El Torito, an award winning script and jingle writer and voice over artist for many organisations, including the Australian Tourist Commission.

Terry twice won the Clio, the advertising industry’s “Oscar” and 30 lesser awards nationally and internationally for both Voice and Music. His voice was used for all the trailers for “Crocodile Dundee”, and currently for the “Australian Outback Spectacular”, the National Maritime Museum and some of the permanent exhibits of the National War Museum in Canberra.

In more recent years, Terry has worked in charity fund raising in the employ of the International Entertainment Company in Sydney and Brisbane.